The 24 Hours of Le Mans is in the bag, and as always it delivered quite the spectacle. With so many different hours on track with such a variety of classes, it would be hard for Le Mans to disappoint. Yet this year seemed like something special. It was a type of Cinderella story, with a lot of twists and turns along the way.

Before the race there was a lot of questions looming. Could the faster Toyota’s pull off the LMP1 victory? Would Porsche pull something out of their bag of tricks to compete? What was up with the Ford GT’s pace in practice and qualifying? The entire race was brimming with questions that were ready to be answered.

Flag drop, we are racing. Toyota’s LMP1 team leads the entire pack from the get go, backing up their claim as the force to be reckoned with over the course of the race. A slight wiggle from the #8 Toyota TS050 allowed one of the Porsche’s to move in behind the current leader. With only two constructors in the LMP1 class it became a chain of alternating Toyota’s and Porsche’s. After just a few laps the leading Toyota already has over 3 seconds lead, while the #8 is hounding heavily for second place.

24 minutes go by before contact in the LMP2 class causes the race to see its first slow zones, a new feature designed to aid in the safety of this year’s race. GTE-Pro is off to a flying start with the #95 Aston Martin leading the charge. There is a substantial gap of 4 seconds from first to second in GTE-Pro, yet 2nd-10th doesn’t have a gap bigger than half a second. These are the things that make Le Mans special. The one hour mark see’s the leaders in each class completing their pit stops, with the Aston Martins still running first and second in GTE-Pro, while Toyota is fending off Porsche in LMP1. Rebellion’s Oreca has a firm grasp on the LMP2 class at this point as well.

Three and a half hours into the race and Porsche suffers a massive blow. The #2 LMP1 Porsche has suffered an electric motor failure as well as a braking problem, repair that would take up to around an hour. The 919 Hybrid returned to the series 19 laps down, bad but not condemning. Hour five sees the #82 Ferrari getting clipped by a much faster LMP2 car, sending the Ferrari into the wall and ending its race. Clean up takes 55 minutes, forcing half the track to use the aforementioned slow zones.

Hour 8 was not the lucky number for Toyota’s #8 TS050 because the Sebastien Buemi brought it in with flaming brake components, something you don’t want happening in the middle of a race, or ever. Once extinguished the TS050 was rolled into the garage for inspection of the problem. Night has now fallen giving the entire race a new dynamic that we all know and love. Lights are on, numbers are lit up, and there is plenty of racing to still be had. At nine and a half hours the #66 Ford GT goes off track into the gravel, spilling gravel everywhere prompting a safety car for clean up.

Right after going back to green disaster strikes the Toyota team. Their leading car, the #7 TS050, is in limp mode. It’s clawing its way towards the pits in a brutally slow fashion, with 7 miles until they reach them. It’s a crushing blow as the #1 Porsche skates by without a challenge. While the #7 Toyota is limping to the pits the #8 finally gets back into action, a mere 2 hours after it entered with those weird issues. The way its sits at just under 10 hours the race could easily go to one of the LMP2 cars if the LMP1’s continue to be this unreliable. And yet like clockwork, the #7 is stopped on track once again. This is not a good sign for Toyota with only the slower #9 car left in a position to fight for the lead.

The second safety car of the night comes out because of Toyota’s misfortune, a collision has left the #9 TS050 badly damaged and limping back to the pits. The #9 limps back to pit entry, but doesn’t make it all the way before quitting for the final time. With 13 and a half hours to go Toyota is now down to their lone #8 machine, which happens to be 30 laps down on the leading group. Toyota’s challenge has come to a stark and disappointing end.

12 hours. Half way point. The racing has been spectacular. With the dramatic failures in LMP1 and the combined action from LMP2 and GTE the racing has delivered, but as the night becomes darkest the action slows down. From hour 12 to 16, the Circuit de la Sarthe claims a handful more teams, with the occasional fast crash at Indianapolis Corner bringing out the safety car time and time again. With 7 cars on the lead lap in GTE-Pro class, any mistake can be costly. The #95 Aston learned this the hard way, finding its way into a barrier. The damage isn’t race ending, but it does give the lead to the #91 911 RSR.

This is where things start to become frantic. While GTE-Pro continues to swap leaders the #1 LMP1 Porsche finds itself still the overall leader. The #2 Porsche that needed extensive repairs is now up to 5th position with 4 hours remaining. Suddenly as if out of nowhere the #1 919 Porsche is spotted in limp mode, running under electric power with no oil pressure. The 919’s are once again running polar opposite races, the #1 is now barely clinging to its winning hopes while the #2 is fighting tooth and nail to gain on the few cars ahead of it. Every lap that goes by is crucial for both LMP1 919’s if they hope to stave off the rapid LMP2’s. The longer #1 is on track in limp mode the more slow zones will be in use, reducing #2’s ability to hunt down the #38 LMP2-leading Oreca.

Hour 20:54, Porsche officially retires #1 LMP1 919. It’s a sad sight, and the burden is now fully on the #2 Porsche that had all those issues early on. It’s becoming a race of calculations, can the Porsche, with its 20-second-a-lap faster, make up the lost ground on the LMP2 crowd? With only three hours to go, it’s going to get tight. While everyone in the Porsche and Oreca garages are holding their breath a minor tragedy strikes the #38 LMP2 car. The lights have suffered some type of failure requiring a swap on the upcoming pit stop. This proves to be a devastating blow to the team hoping for total victory as the stop takes much to long, allowing the #2 919 to gain some pivotal ground.

21:50, a pivotal moment, the LMP1 Porsche has officially unlapped itself. This means they have 2 hours to gain ground on one lap. The impossible has now become likely, a serious twist of fate. But they race isn’t over, and anything can happen. A delay in pit lane or an extended safety car period could easily hamper the Porsches momentum, keeping everyone very much on their toes.

22:55, redemption. Porsche has done it, they have fought the odds and are now sitting as race leader. With just over an hour to go it’s theirs to lose. The #38 car is now well in place to be second overall and first for LMP2, while the #84 Ferrari is in complete control of the GTE-AM class. This leaves the one and only GTE-Pro which is shaping up to be the battle of a lifetime.

With just under a half hour to go in this 24-hour race, the #63 Corvette leads the impressively fast Aston Martins by just a second, an unprecedented close race considering the duration. Even the tiniest mistake could be catastrophic. With 4 minutes until the checkered flag the Aston gets around the Corvette, the battle is on. The two start swapping positions like it’s a local sprint race. Out front, it looks like it might be the Corvettes day to celebrate. That is until a mistake by Jordan Taylor and the Vette goes wide into the gravel. This causes a puncture, reducing the Vettes speed significantly. With the white flag out and waving, the Aston Martin is able to steal first from the limping Vette. With the Vette sitting like a wounded animal, Ford’s Harry Tincknell driven GT pulled out a stunner for the last lap, stealing second place in the last corner before the checkered. A truly unbelievable sight.

Porsche pulled off their third consecutive victory of Le Mans. But they didn’t do it with pure domination. And it wasn’t luck either. This was will and determination. Porsche owes this victory to their mechanics because they took what looked like the worst of the LMP1’s and turned it into the winner. 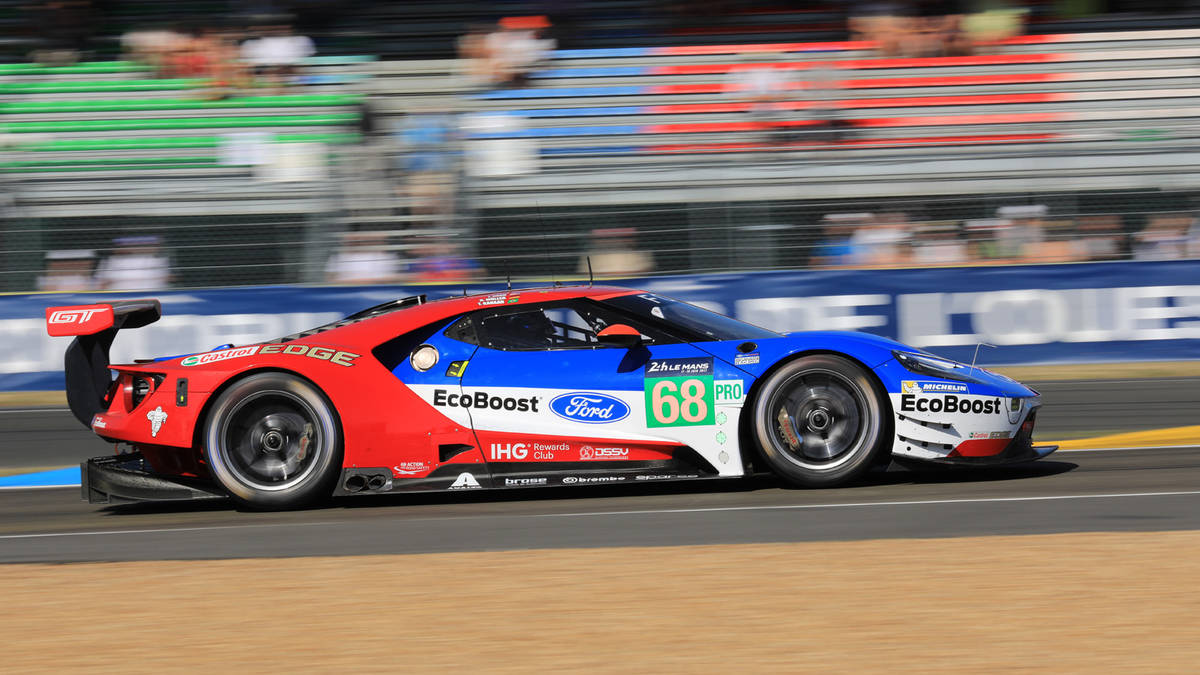 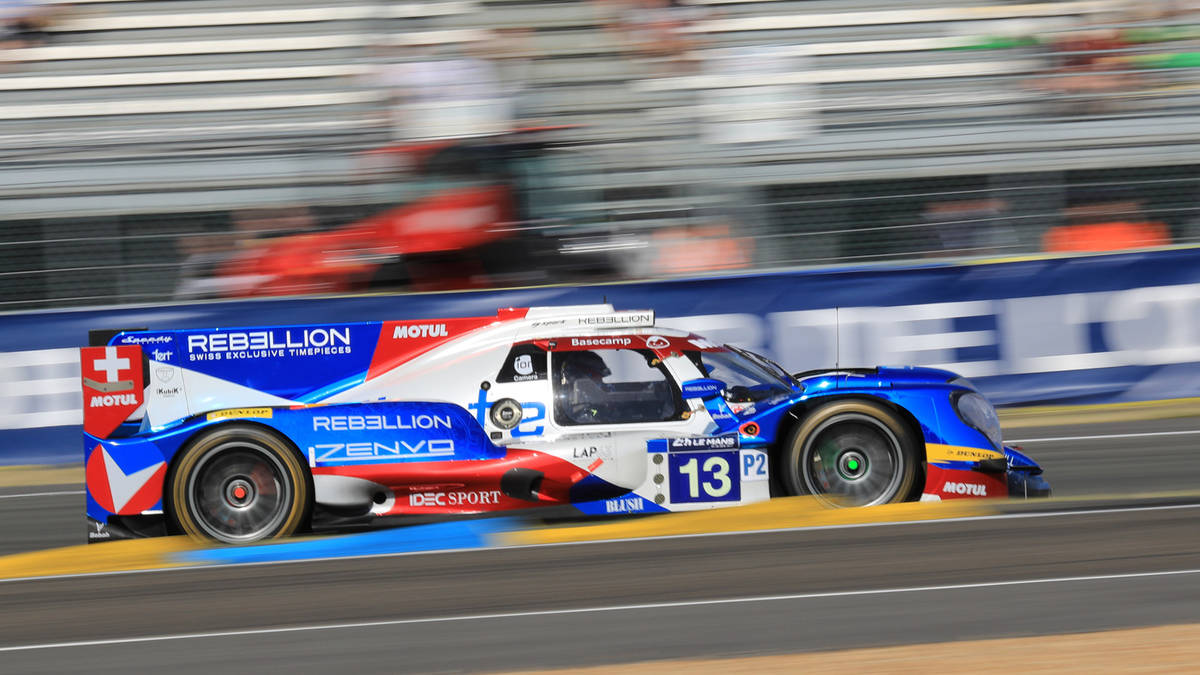 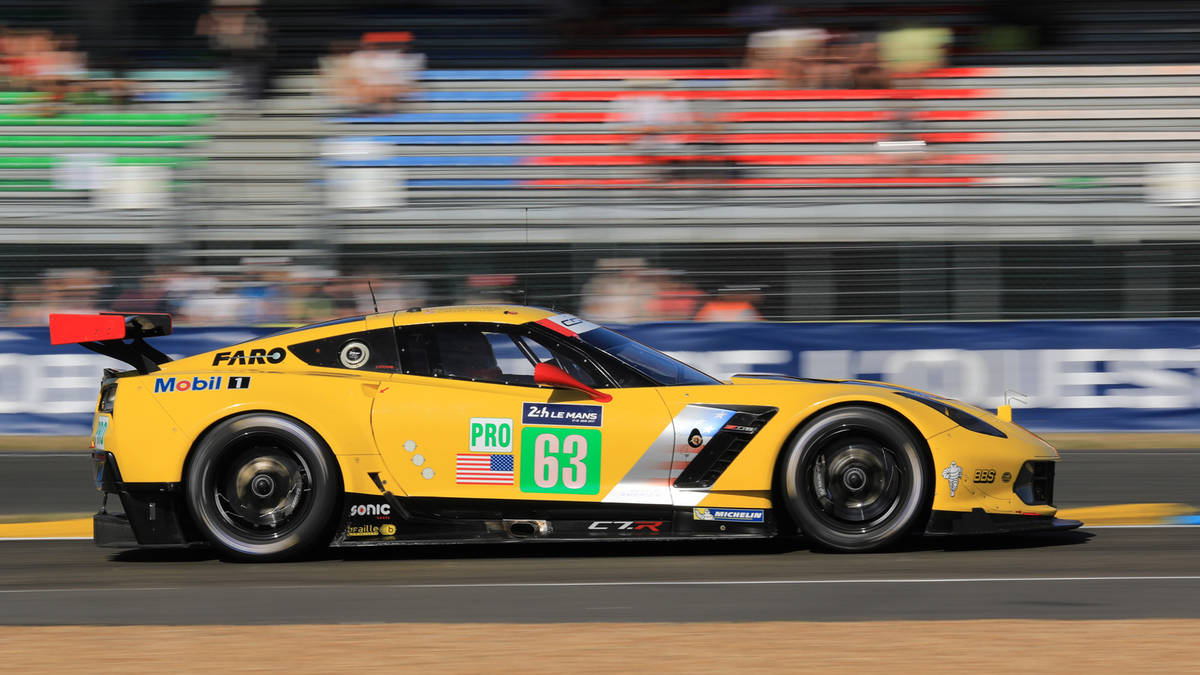 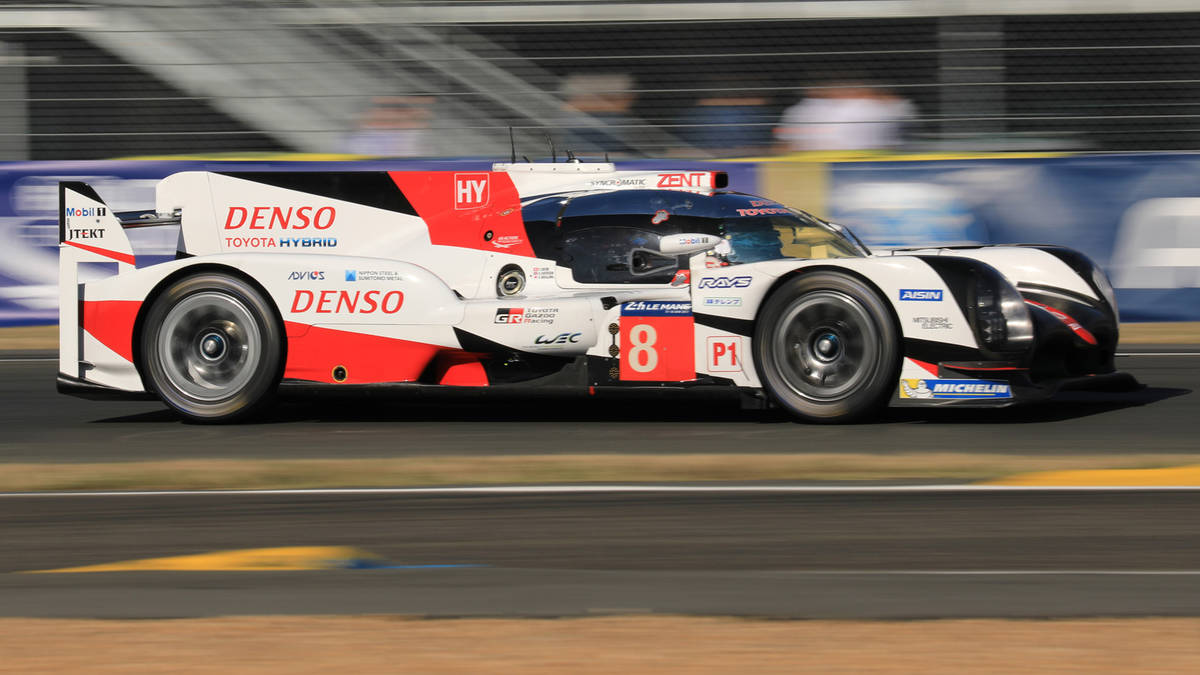 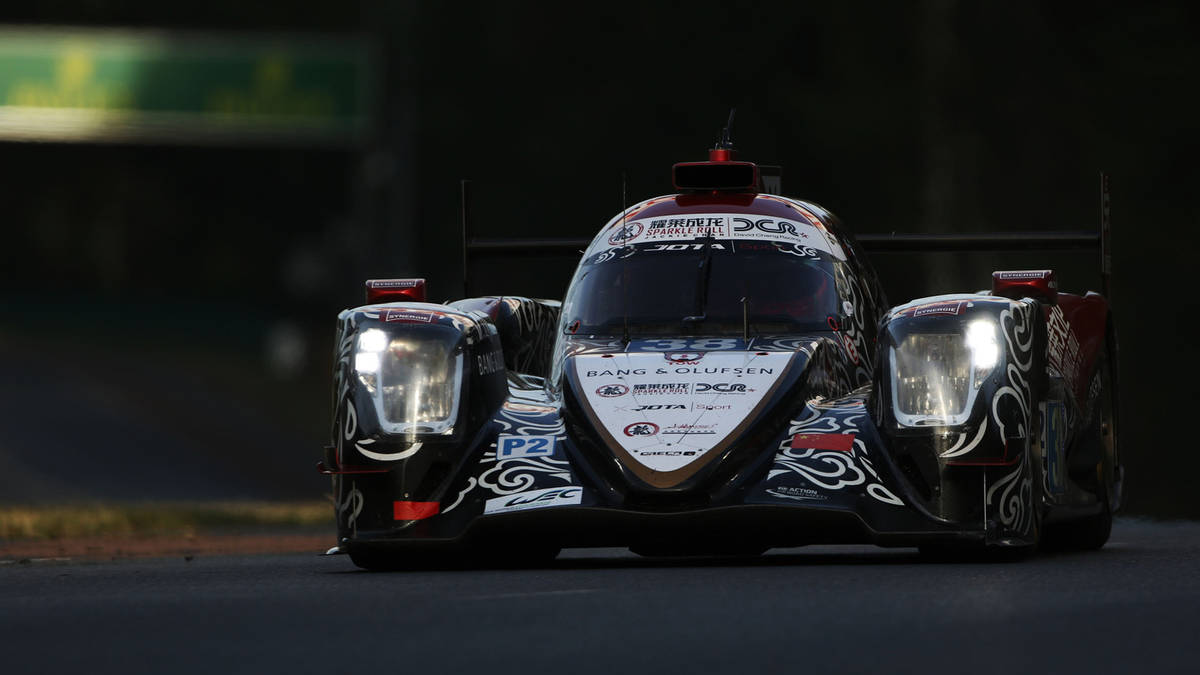 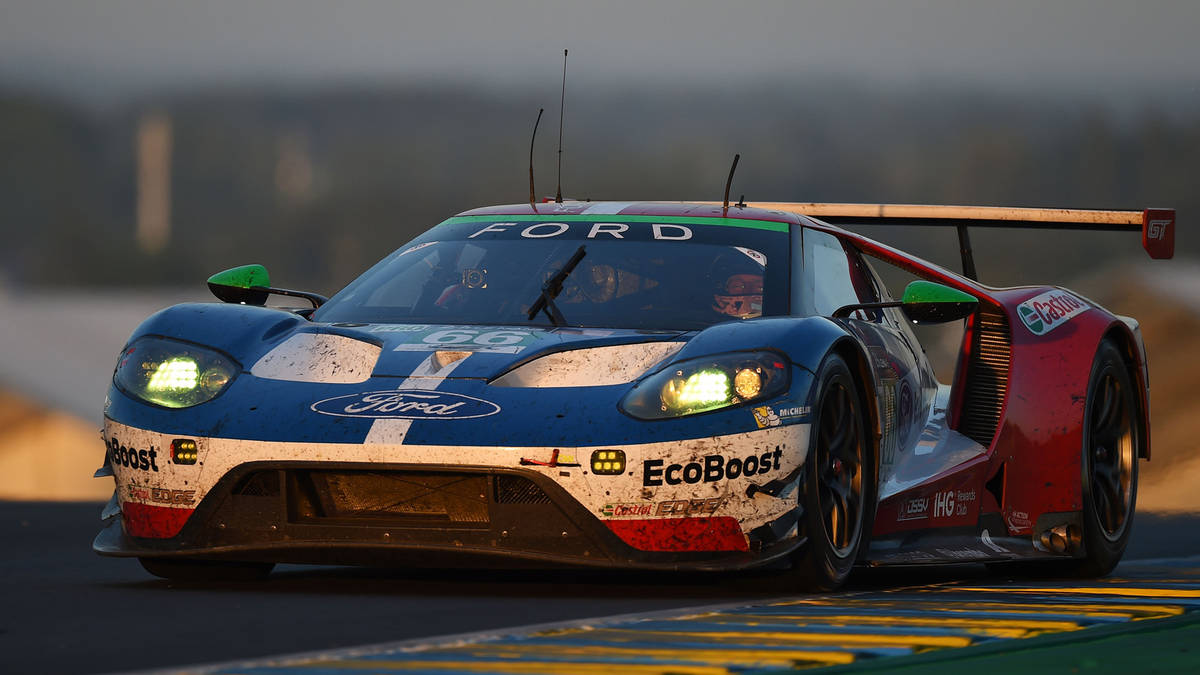 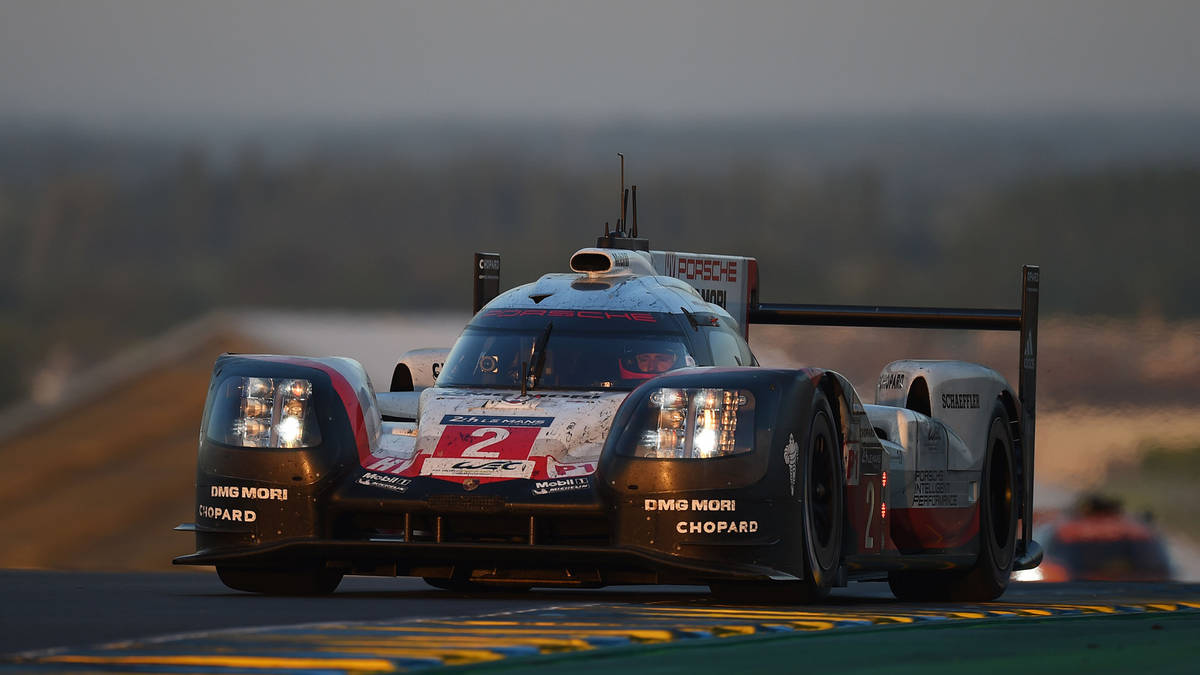 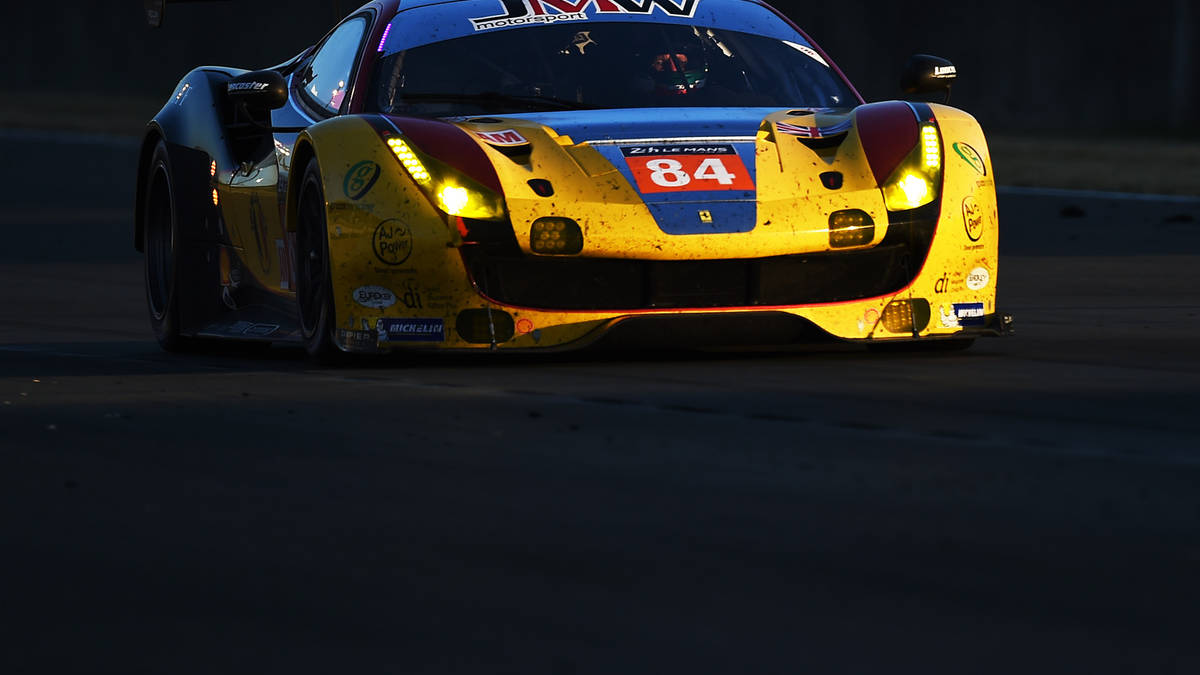 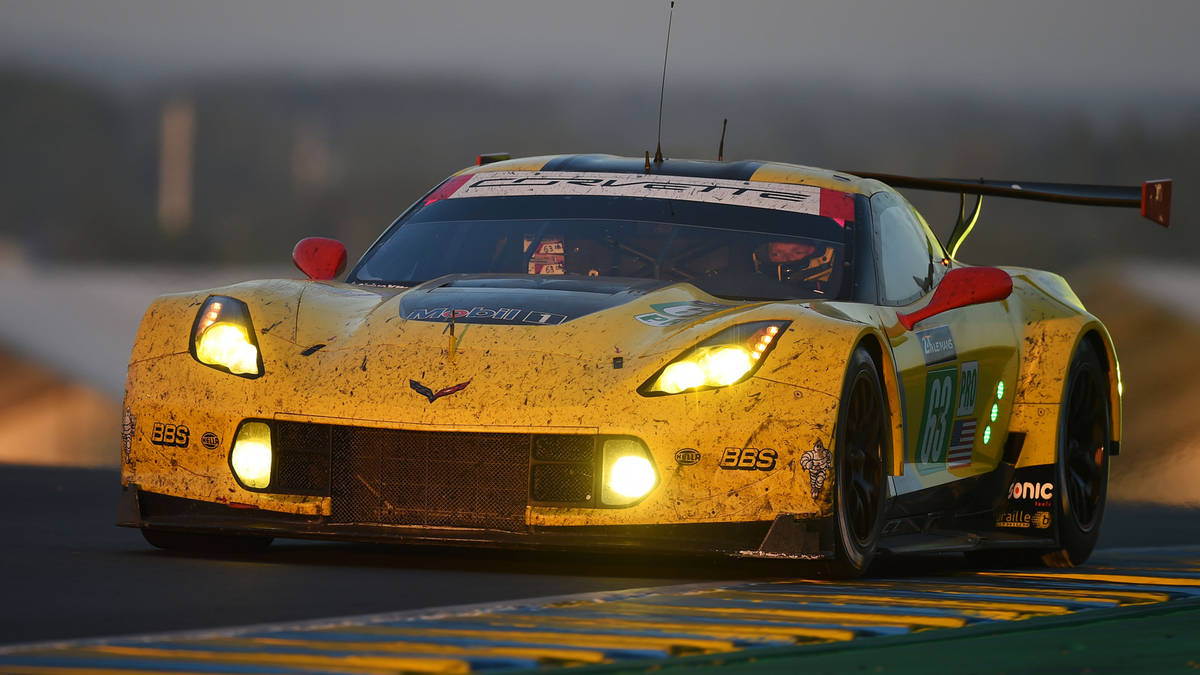 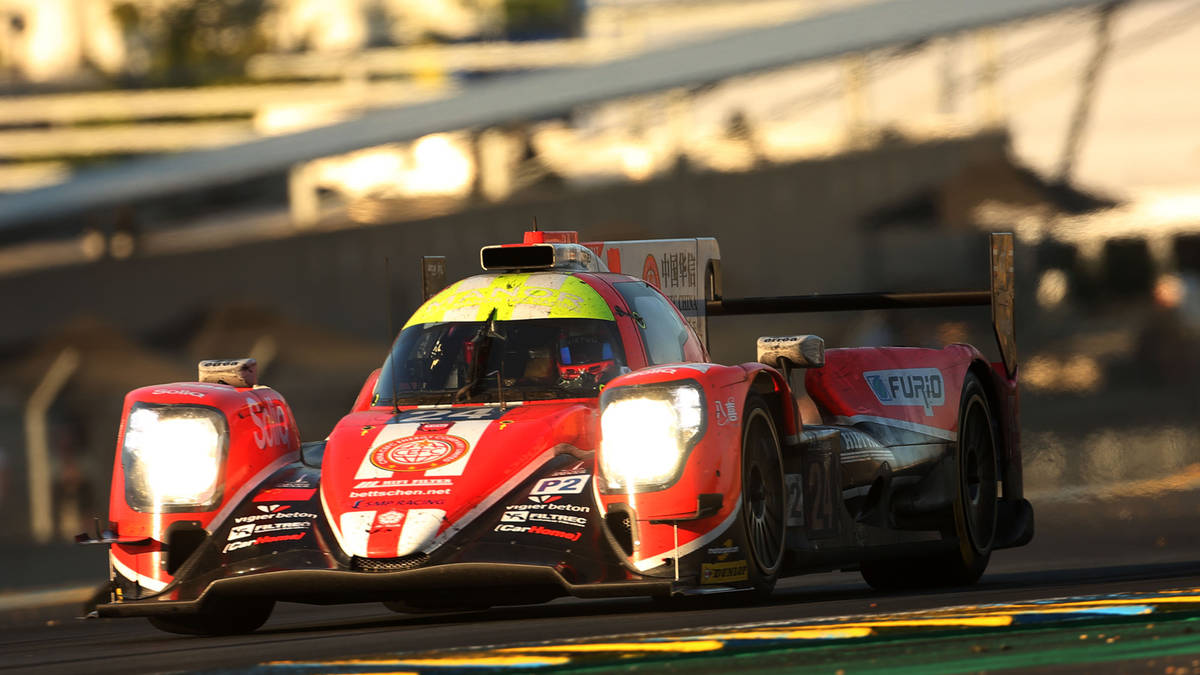 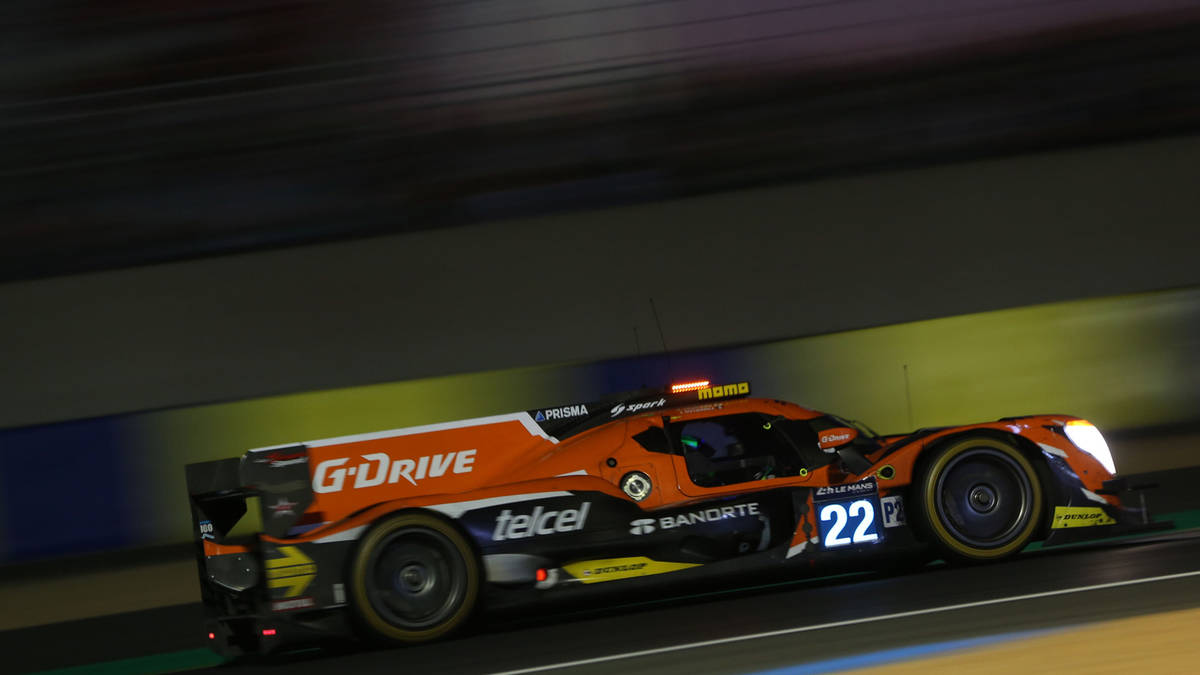 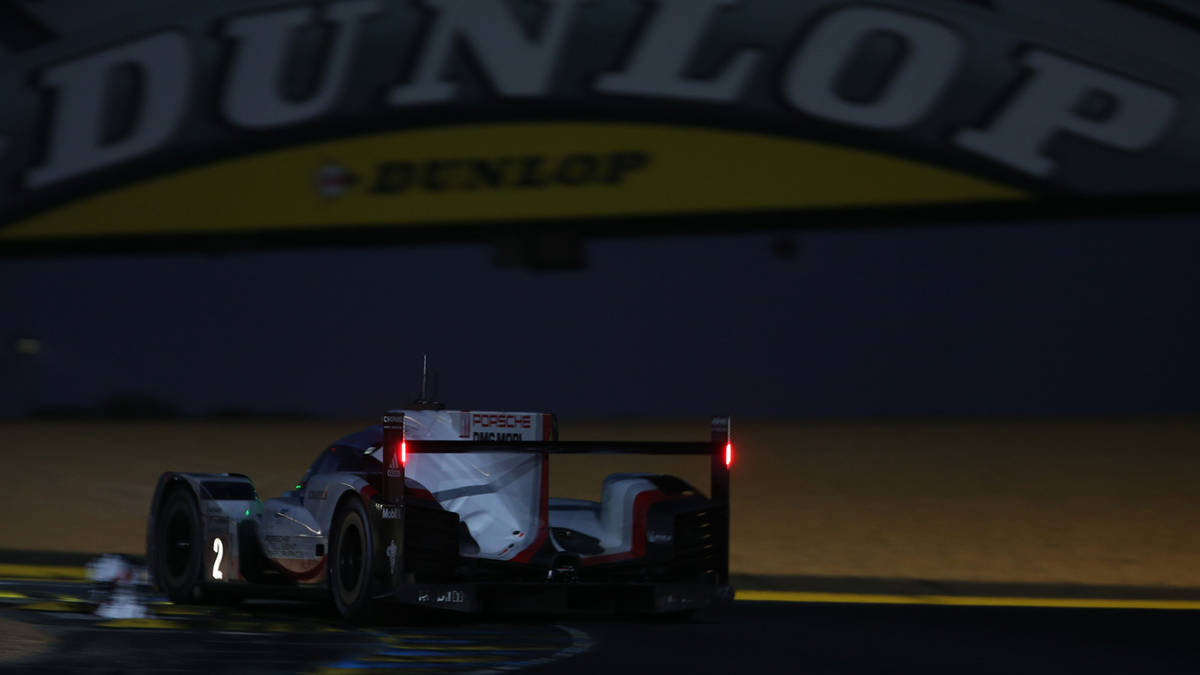 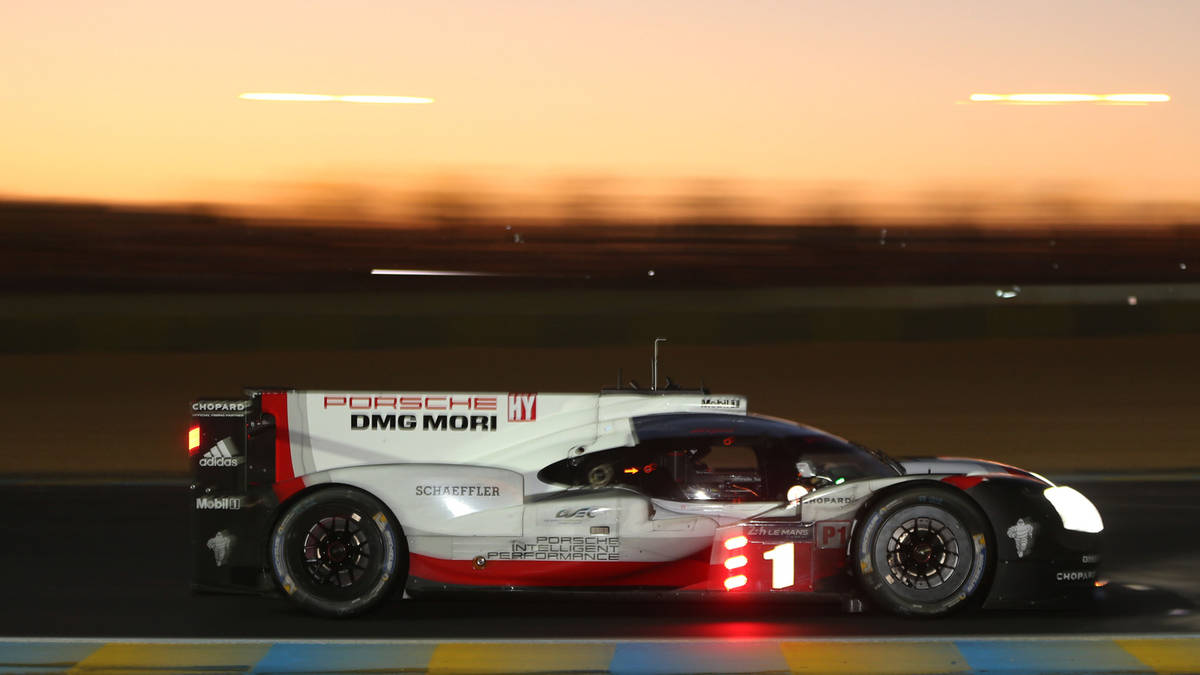 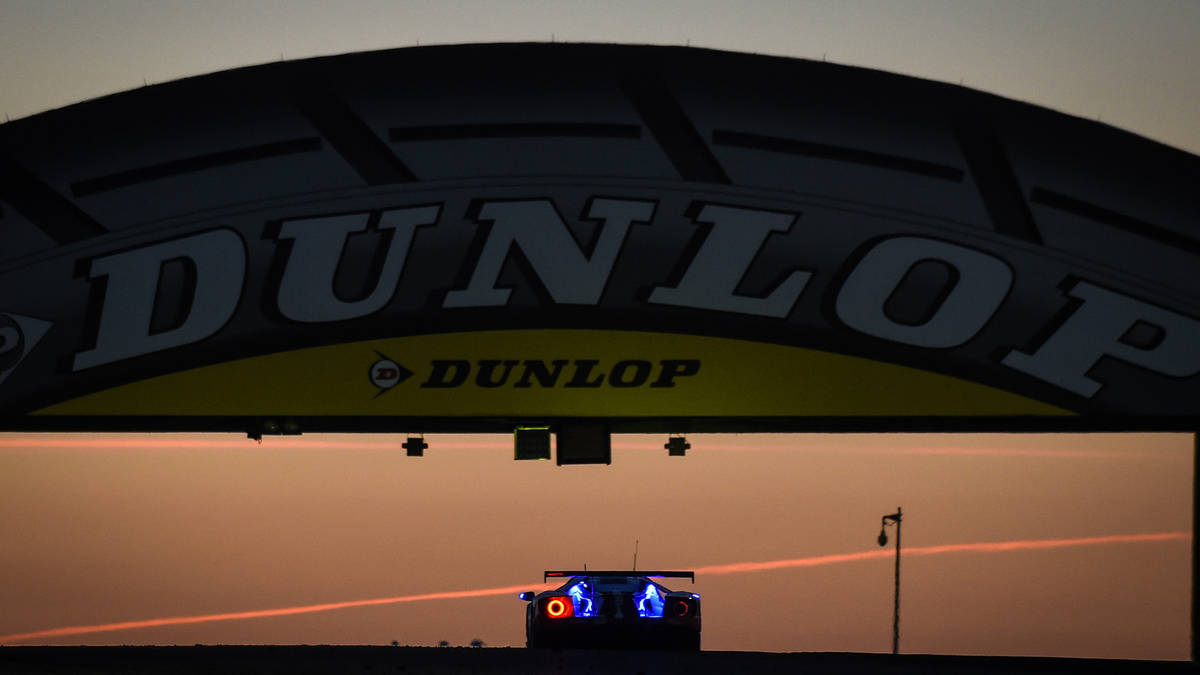 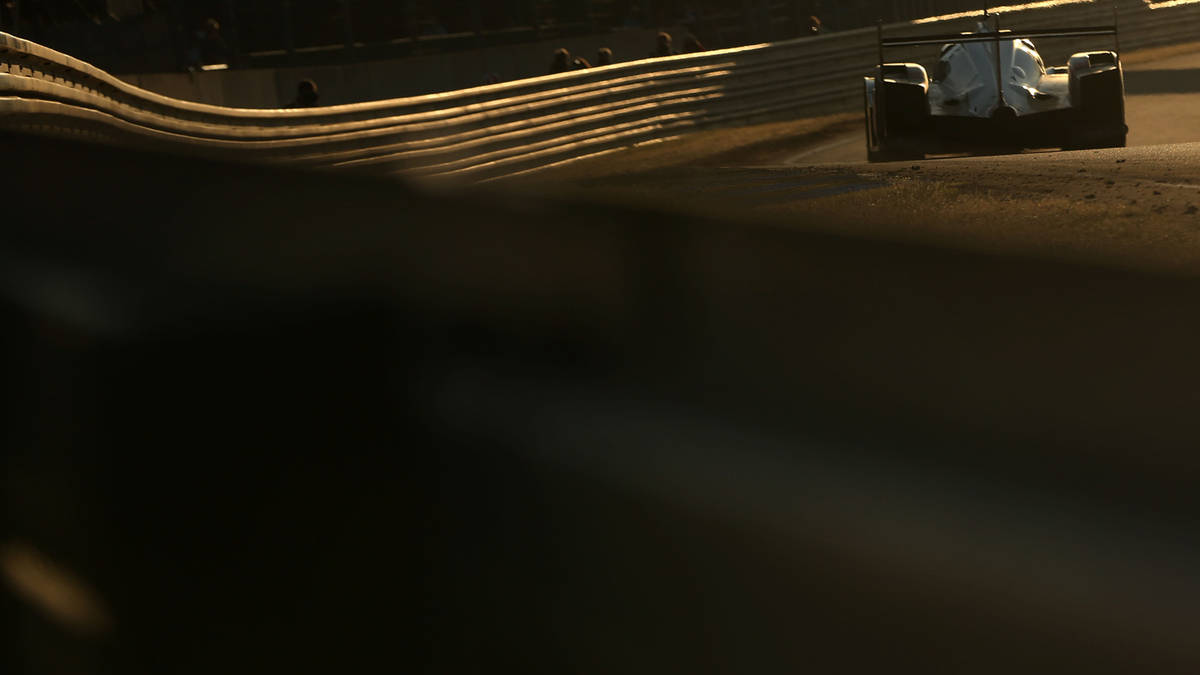 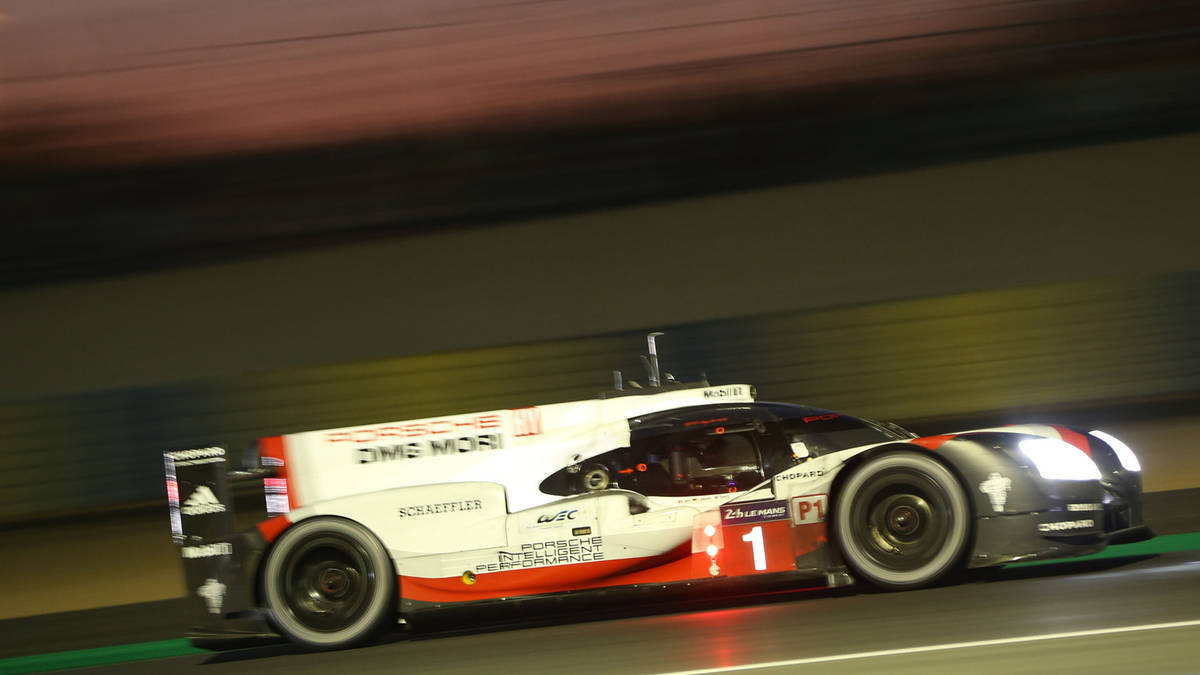 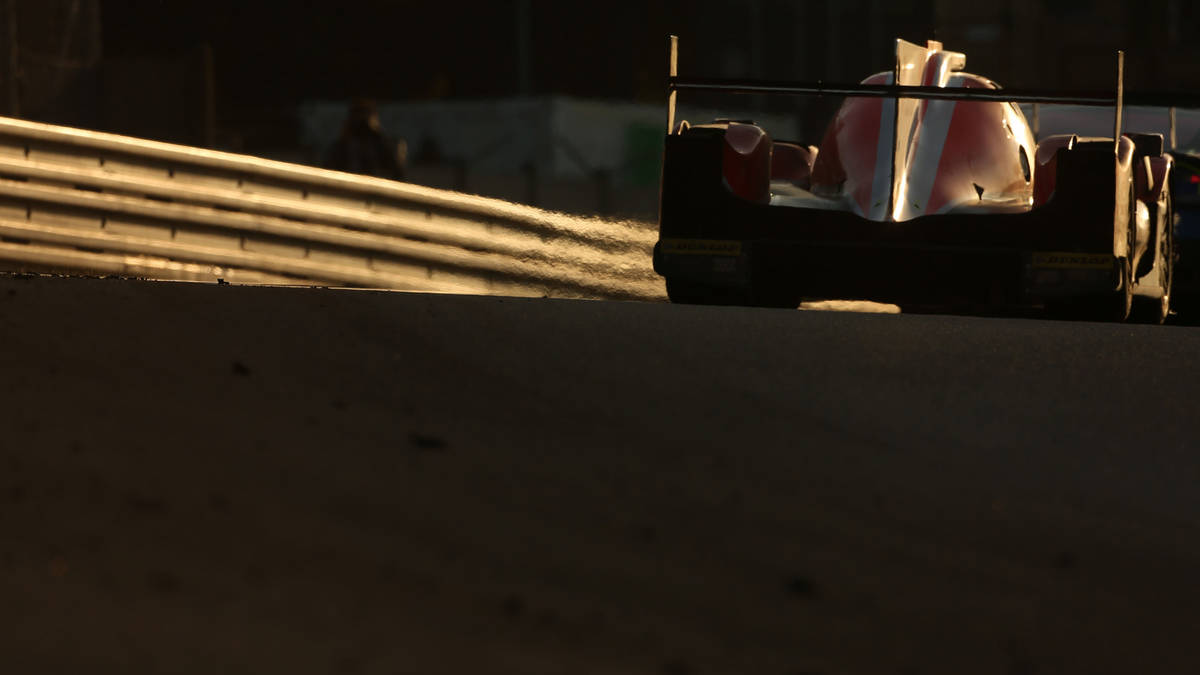 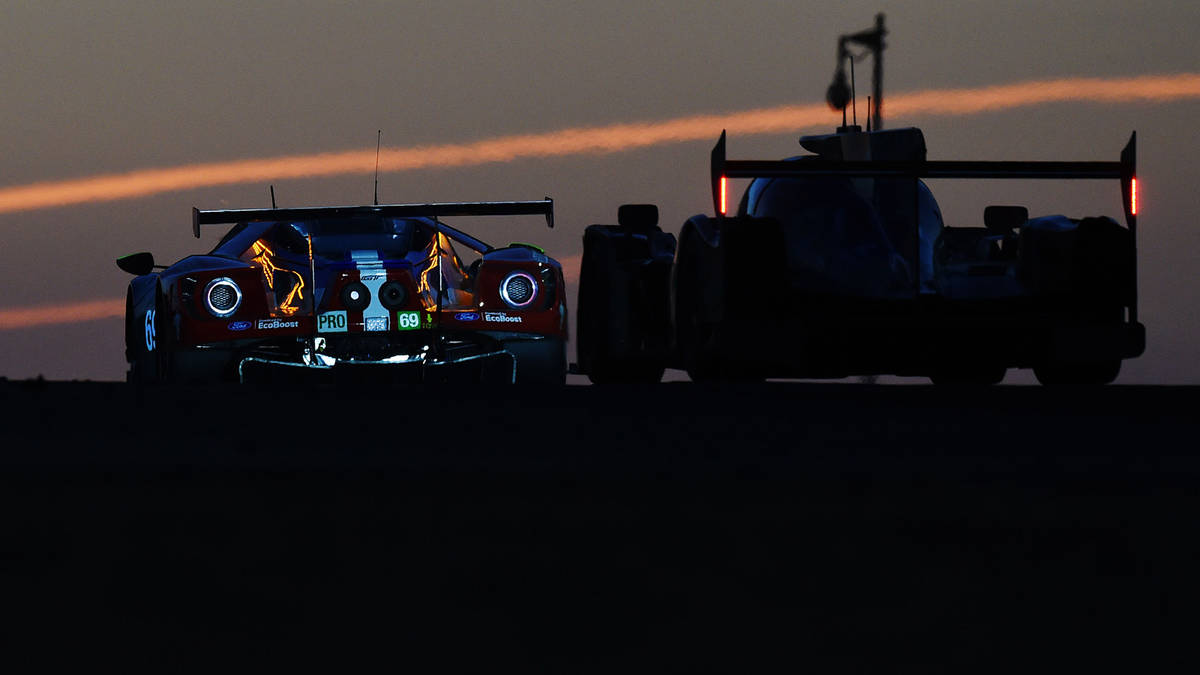 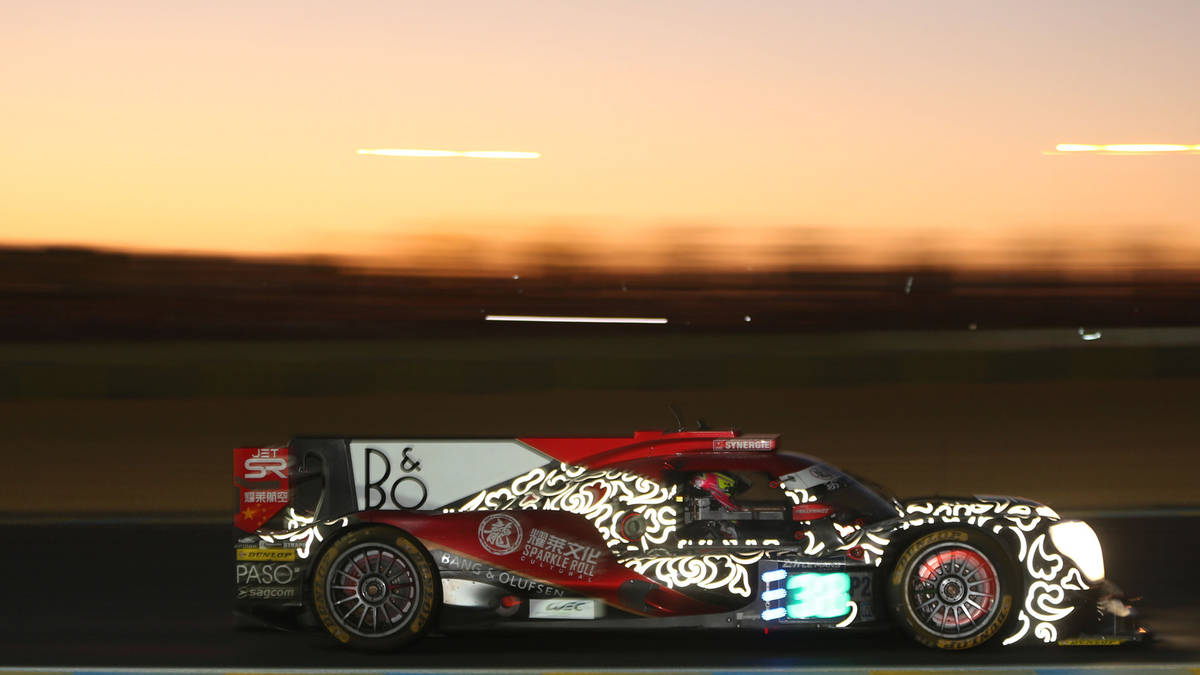 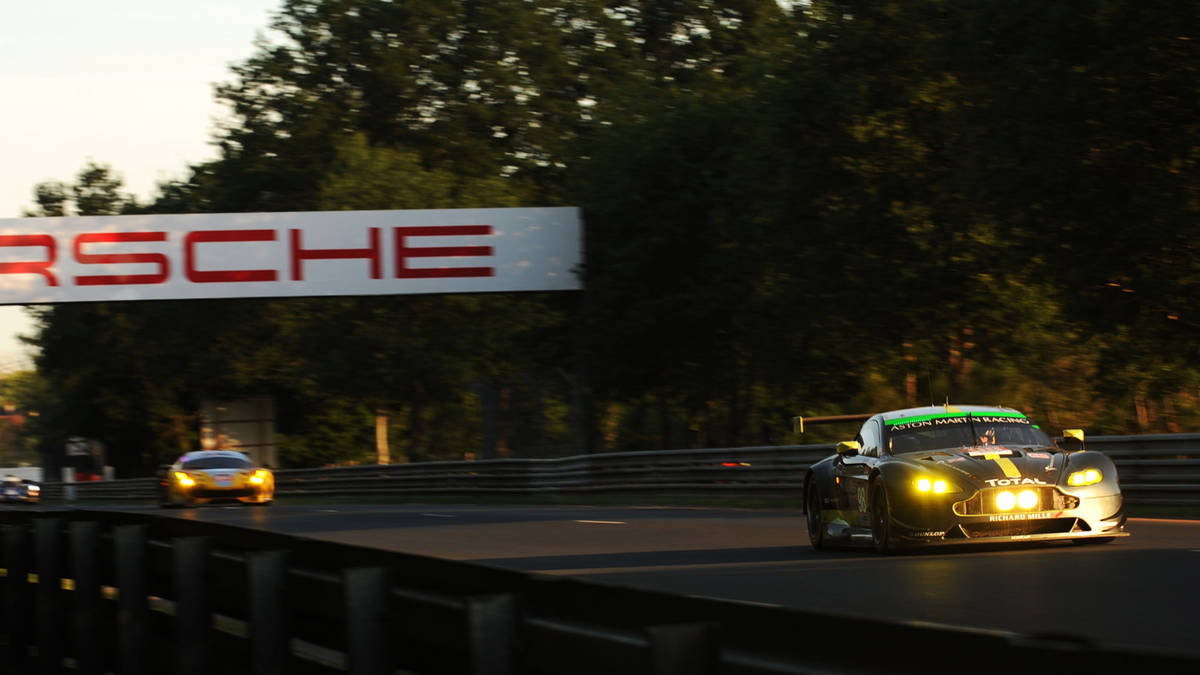 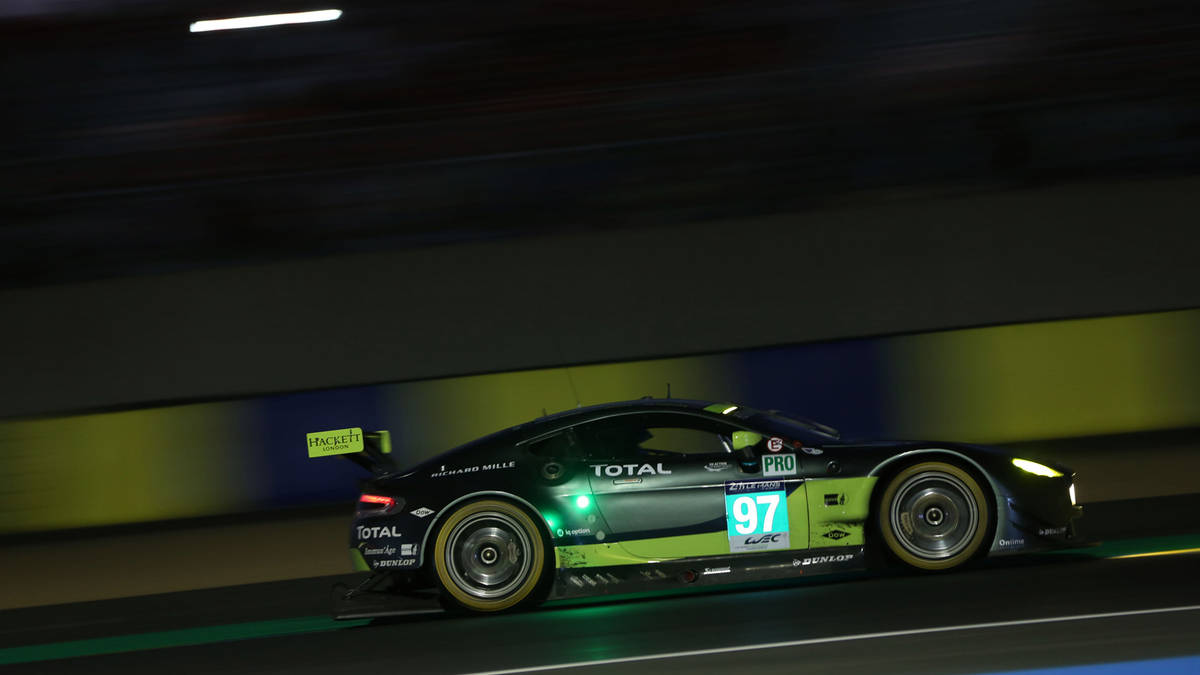 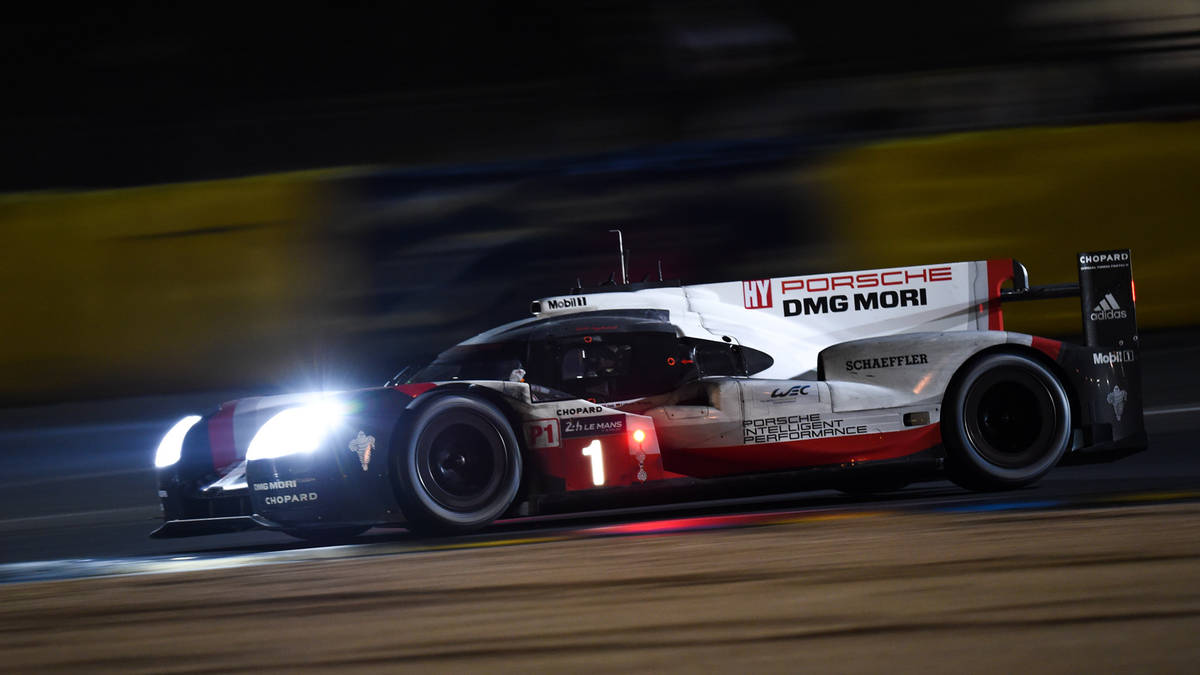 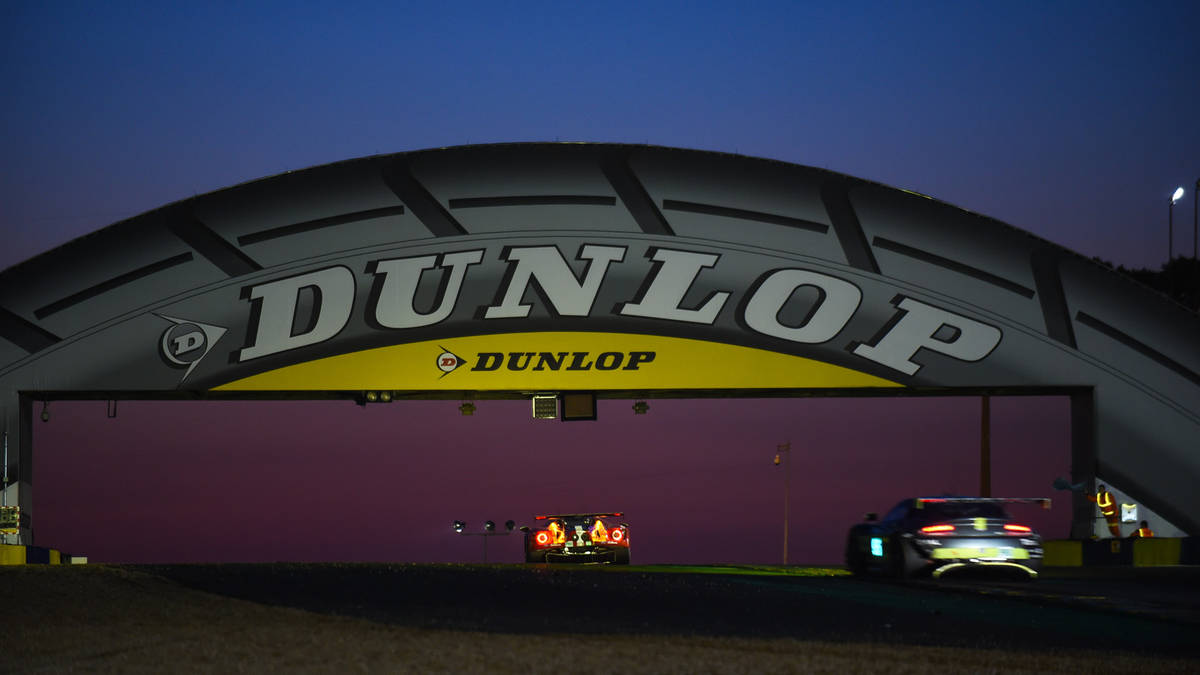 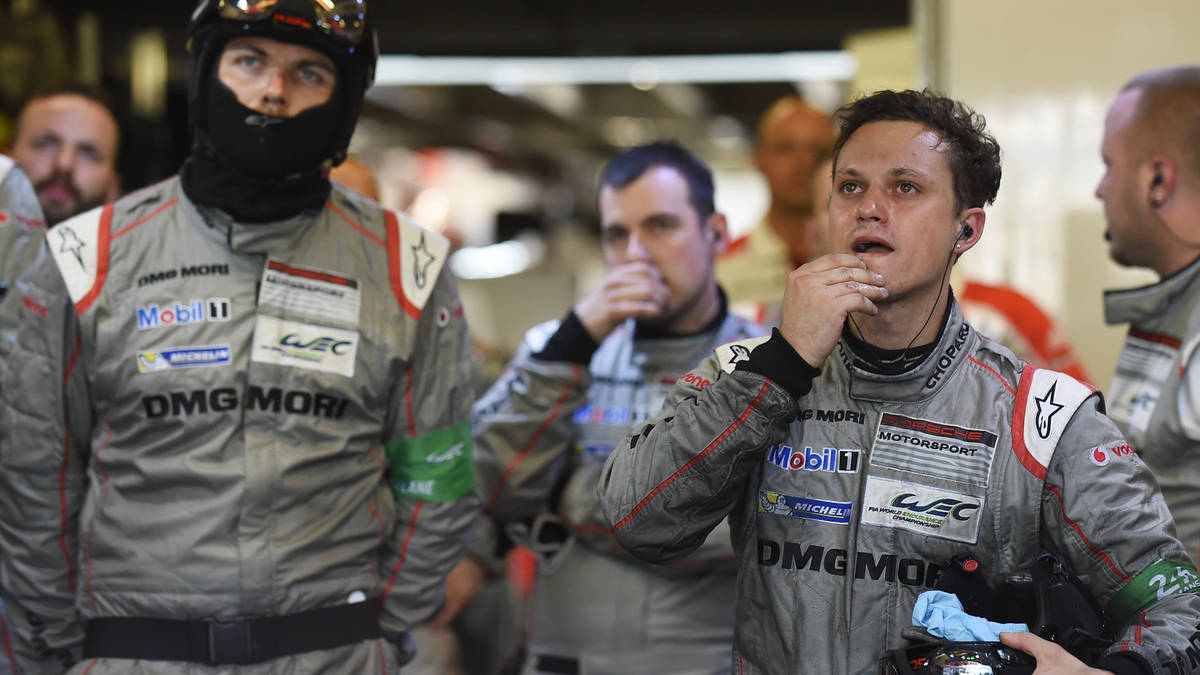 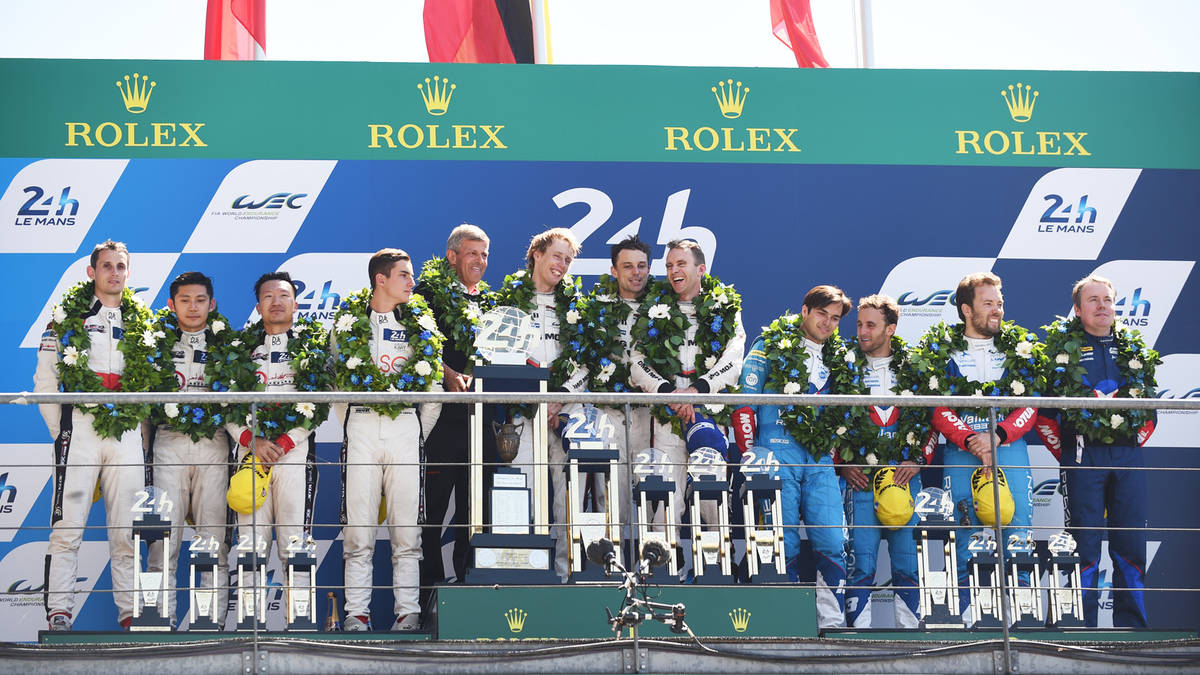